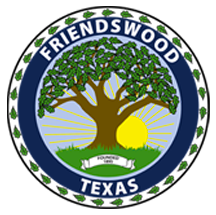 The next General Election will be on Saturday, May 01, 2021, at Old Friendswood Jr. High, located at 402 Laurel, Friendswood, TX 77546. Filing for a place on the ballot is set by state statute and will be from January 13-February 12, 2021. Find additional election-related dates and information at Texas Election website (posted in accordance with Texas Legis. H.B. 305, effective September 1, 2019).

Sec. 3.02. - Qualifications. In addition to any other qualifications prescribed by law, the Mayor and each Councilmember shall meet the conditions of subsections 6.02(a), items (1), (2), and (3) while in office, and shall reside within the City while in office.

Sec. 6.02. - Filing for Office. (a) Eligibility to file. Each candidate for an elective City Office shall meet the following qualifications:

(1) Shall be a qualified voter of the City. (2) Shall have resided for at least 12 months preceding the election within the corporate limits of the City, including territory annexed prior to the filing deadline. (3) Shall be at least 21 years of age. (4) Shall meet the requirements for sponsors stipulated in subsection 6.02(b) below. (5) If an incumbent seeks a different elected office or elected position of the City other than that which he/she then holds, he/she shall submit a letter of resignation to the City Council at least 60 days prior to the date of election for such desired office or position. Unless otherwise prohibited by operation of law or this Charter, such incumbent shall hold over in the office or position subject to resignation until his/her successor qualifies therefor, or until such incumbent qualifies for the different office or position sought, whichever first occurs. (6) No candidate may file for more than one office or position number per election. (7) No employee or person holding a City appointive office of emolument shall continue in such position after becoming a candidate for an elective office. (b) Procedure and schedule for filing. Any qualified voter of the City may be nominated for an elective office by petition of not less than the greater of 25 registered voters or one-half of one % of the total vote received in the City for the office of Mayor in the most recent Mayoral General Election. No voter shall sign more than one petition for a particular office or position number; if a voter signs more than one, his/her signature shall be void except as to the first filed of the petitions signed by him/her. The signatures shall be executed in ink or indelible pencil. Each signer shall indicate next to his/her signature the date of his/her signing and the place of his/her residence. The signed petition shall be filed with the City Secretary not earlier than 90 days prior to the election date for which such petition would apply, or later than the normal posted close of business for the office of the City Secretary on the last day for which applications for candidacy may be filed for such election under applicable provisions of the Texas Election Code. (c) Certification of petition. Within five days after the filing of a nominating petition the City Secretary shall notify the candidate whether or not the petition satisfied the requirements prescribed by this Charter. If a petition is found insufficient, the City Secretary shall return it immediately to the candidate with a statement certifying wherein it is insufficient. Within the regular time for filing petitions, a new petition may be filed by the same candidate. The City Secretary shall keep on file all petitions found sufficient at least until the expiration of the term of which the candidates are nominated in those petitions. (d) Public disclosure. Candidates shall file with the City Secretary 21 days prior to day of election a financial disclosure statement containing the following information. This should include information pertaining to the candidate, his/her spouse and dependent minor children. (1) List of all property owned or held in trust within the City limits and extraterritorial jurisdiction of the City. This list should include location (address), size (general dimensions) and current use. (2) List of all fees, salaries or gifts of value exceeding $50 received from companies or individuals under contract with the City during the 12 months prior to filing for public office. (3) Ownership of any stock in companies under contract to the City when such stock comprises greater than two % of the company’s total outstanding stock.

For information regarding the May 1, 2021, General Election please contact the City Secretary.